Is Henna a religious thing?

This page may contain affiliate links. This means we may receive a commission for products we recommend.
Please read our disclaimer for more info.

Do you love the look of henna tattoos but wonder if they are religious. If wearing them goes against your own religion or is sacrilegious to those whose cultures originated them? Is Henna a religious thing or purely decorative?

Henna is not inherently religious even though it is used in religious contexts. It can be compared to the communion wine in Christian ceremonies. Although part of the ritual, wine can be used in a non-religious way too. In the same way, henna can be used by both religious and non-religious people.

However, in order to respect the cultures that originated Henna design, it is important to understand its cultural and religious background.

Read on to understand the cultural context of Henna dye and how it fits into religion and everyday life.

The Religious Significance of Henna 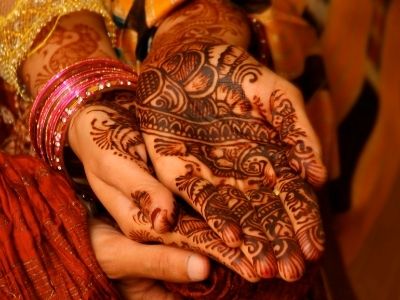 Henna is used in religious ceremonies but is not inherently religious.

Henna has been used for centuries as a natural way of staining hair, skin and objects. A paste made from the henna plant [ Lawsonia inermi ]was originally used to color the hair of women who were preparing for marriage.

Today, henna is still used to decorate hands and feet during weddings and other celebrations. Henna can also be used to create temporary tattoos.

It’s been used for centuries by people from different religions all around the globe. Henna has been used by Sikhs, Buddhists, Muslims, and Jews. It may even have been mentioned in the Bible!

In the Song of Solomon, Song of Songs, chapter 1, verse 14: The Hebrew word כפר, kopher, is used. Kopher is thought by some scholars to refer to the henna plant, which was widely cultivated during Biblical times for its use in dyeing fabric.

“My beloved is to me a cluster of henna blossoms from the vineyards of En Gedi.”

In the Bible, it is also mentioned that Moses ordered his daughter Miriam to wear a henna-dyed headdress during her wedding ceremony.

This custom was also practised in other cultures such as the Greeks, Romans, Persians, Arabs, Indians, Chinese, Japanese, Africans and Native Americans.

So you can see that Henna has been a large part of many religions for many centuries.

However, Henna is not inherently or exclusively religious.

You can compare Henna to the use of wine in Christian ceremonies. Even though the wine is used as an important part of the Communion ceremony and has religious significance, it isn’t in itself religious.

Henna is the same. Even though it is an important part of many religious ceremonies [ie weddings], it is not in itself religious.

It’s fine to use Henna in non-religious settings and just for fun.

The Cultural Significance of Henna

Henna was originally used for its cooling properties. People in hot climates realised that it could help them cope in desert conditions. It also began to be used for its medicinal properties.

However, when people saw the fact that body heat caused the henna paste to develop and leave a reddish-brown color stain on the skin, its use in the decoration of the body took off.

Designs and symbols created in Henna gradually became an important part of celebrations and special occasions. Whenever people gathered together for a special time, Henna would be a part of the ritual.

Henna has traditionally been a big part of Indian Wedding ceremonies.

Receiving Mehndi before the marriage is extremely important to bring good luck. The designs created on the hands and feet symbolise good health and prosperity in the marriage.

Henna is also popular in Arabic countries and Arabic henna design has a flowing style all of its own. 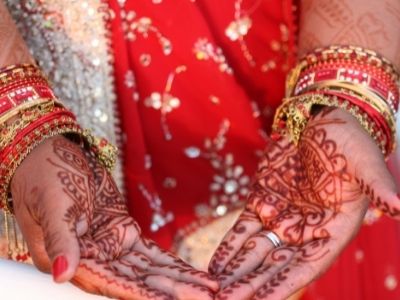 Henna in an Indian Wedding Ceremony

There is a deep and ancient history of Henna being used in Indian Culture and Hindu weddings.

The Mehndi ceremony involves applying henna onto the hands and feet of women before marriage. It’s a beautiful celebratory part of Indian tradition and is steeped in years of history.

The Mehndi would be delivered to the bride by the groom’s relatives. This would be brought on a silver platter with 2 candles burning on it.

Then a piece of silk cloth is given to the bride by her future mother-in-law. She walks along the cloth to her mother-in-law and kisses her hand.

Fruits and pastries are produced and eaten and songs are sung. If the bride cries at these emotional songs that’s a sign of good luck in the marriage.

The bride sits on a cushion whilst her future mother-in-law places a gold coin in her hand for luck. It’s now time for the henna to be applied.

The person applying the henna should be someone who themselves has a happy and successful marriage.

Henna decorations are created on the bride’s palms and hands, continuing up her forearms, often above the elbow. Her feet and calves will also be decorated with beautiful intricate designs.

The henna application should be done around 32 to 48 hours before the wedding to allow time to develop and darken, rather than on the wedding night itself.

Henna has more recently been introduced into Euro-American culture.

Because it’s a painless and beautiful form of temporary tattoo, many celebrities have been photographed sporting Mehndi designs. This has made the designs more known across western culture.

This use of Mehndi has allowed more people to be aware of the beauty of Henna. However, it has also opened up these celebrities to accusations of cultural appropriation. 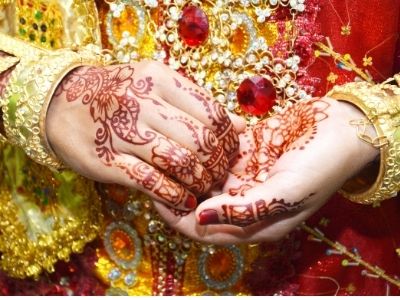 Mehndi in Hindu culture isn’t just for women. Both men and women will use the power of the plant.

Henna is often applied to colour hair and it’s not usual in India to see elderly men with long dark orange beards dyed with Henna.

Married women also use it during fasts such as Karwa Cahuth.

Ganesha, the elephant deity is one of the five prime Hindu deities. He is known as the remover of obstacles and Lord of Success. He shows a raised palm with a large and small dot pattern which some suggest may symbolise Mehndi.

Henna designs showing Ganesha are extremely popular amongst people wanting to give themselves the greatest chance of success.

For this reason, brides will often incorporate Ganesha into their Bridal Mehndi.

Women leaving home and going away to college may also have a design incorporating Ganesha for prosperity and good luck.

What are Henna Tattoos? All You Need To Know

If this post has sparked an interest in Henna Tattoos, I have written a comprehensive post asking, what is a Henna tattoo? and covering everything that you need to know about creating your own.

It’s easy to buy pre-mixed Henna in a plastic cone which will allow you to experiment for yourself. Creating your own henna skin design is a great alternative to getting a permanent tattoo.

With a bit of practice, you will be able to create intricate and beautiful designs for yourself and your friends.

The post also outlines how to find professional henna artists if your skills are not great.

What is a Henna Tattoo? Everything You Need to know…

Conclusion Is Henna a religious thing?

I hope this post has answered your questions about is henna a religious thing.

Rest assured, even though Henna is closely involved with many religions and can be used as a religious symbol, it has secular uses too and is open to all people who want to use it.

Understanding the traditional origins and uses of Henna allows you to respect its background whilst bringing this beautiful art form into your own life. 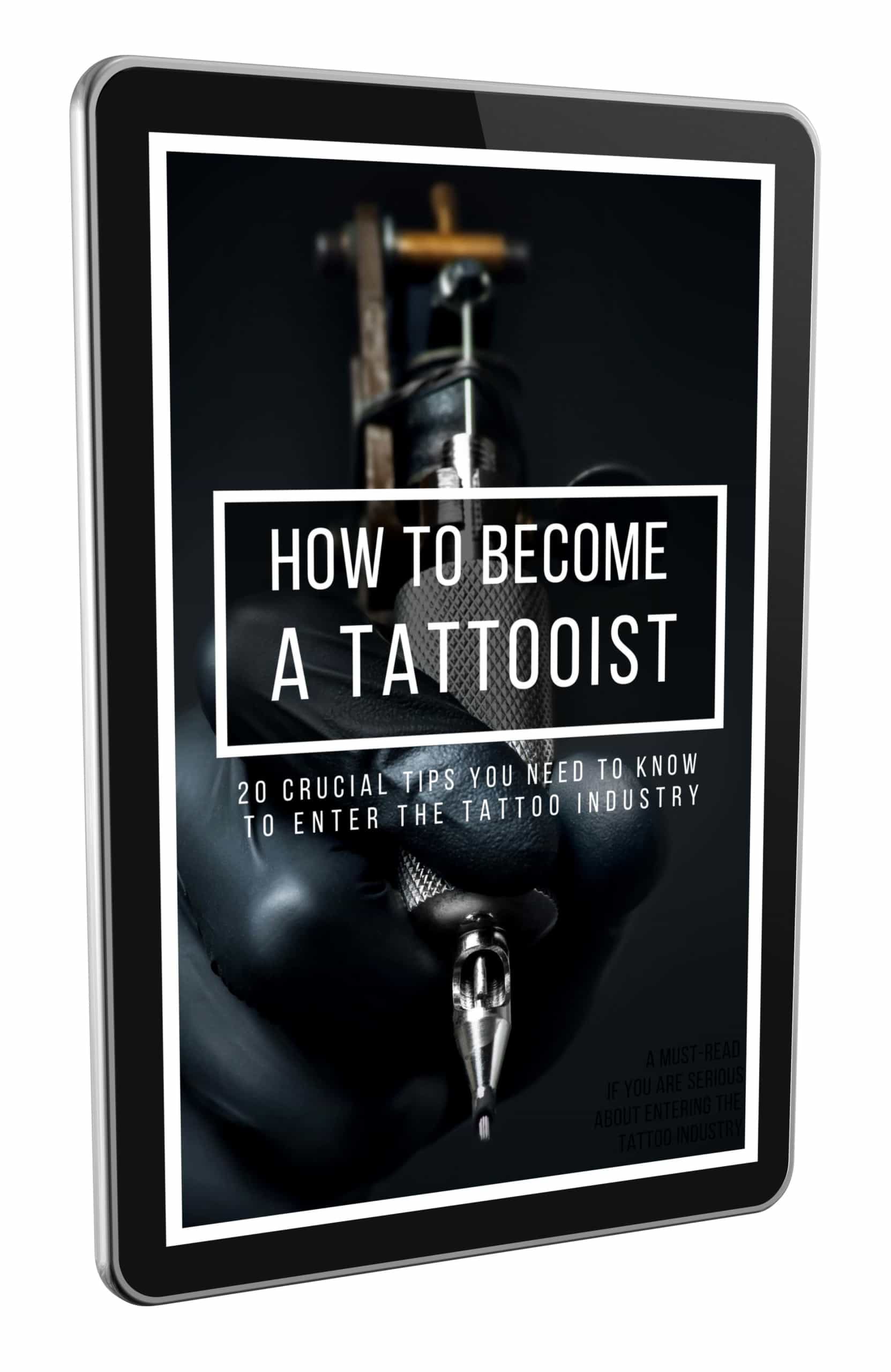 20 Crucial Tips You Need To
Know To Enter The Tattoo Industry.

GET YOUR FREE GUIDE NOW!

Find Me
Helen A
Helen is an Artistic & Medical Tattooist. She specialises in scar cover up tattoos and breast cancer reconstruction tattoos as well as bespoke tattoo design. She writes about all aspects of Tattooing.

Find Me
Latest posts by Helen A (see all) 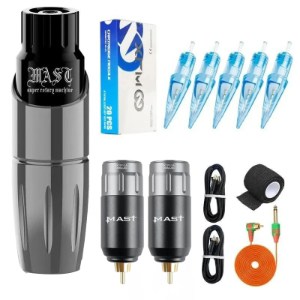 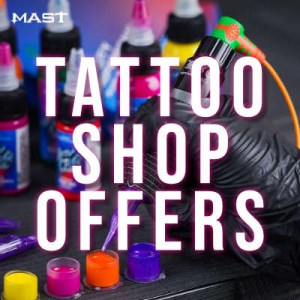 What is a Henna Tattoo? Everything You Need to know…

Can men wear henna? Everything you need to know about Menna
Scroll to top